Besides powerful hardware, the software is also a key aspect for most smartphone buyers today. You don’t want to be left behind with a sluggish mobile operating system that slows you down whether its work or playing games.

Oppo, a leader in the smartphone market, has been consistently innovating with ColorOS to deliver an exceptional smartphone experience to its users. The company recently announced its new ColorOS 11 update, based on Android 11, with a brand new ‘Make Life Flow’ concept. ColorOS 11 promises to bring the best of both worlds to its users – stock Android 11 experience along with rich UI customizations that Oppo users have always wanted.

Let’s take a look at some of the biggest new features that are coming with the ColorOS 11 update:

ColorOS 11 will enable users to unleash their creativity and show off their imagination by personalizing their smartphone experience. The fresh update also allows users to create an Always-On Display that’s quite useful to glance at essential information when you’re on the move. Users can also create their own themes, wallpapers, fonts, icons, and ringtones. You can probably enjoy a new-phone feeling every single day. 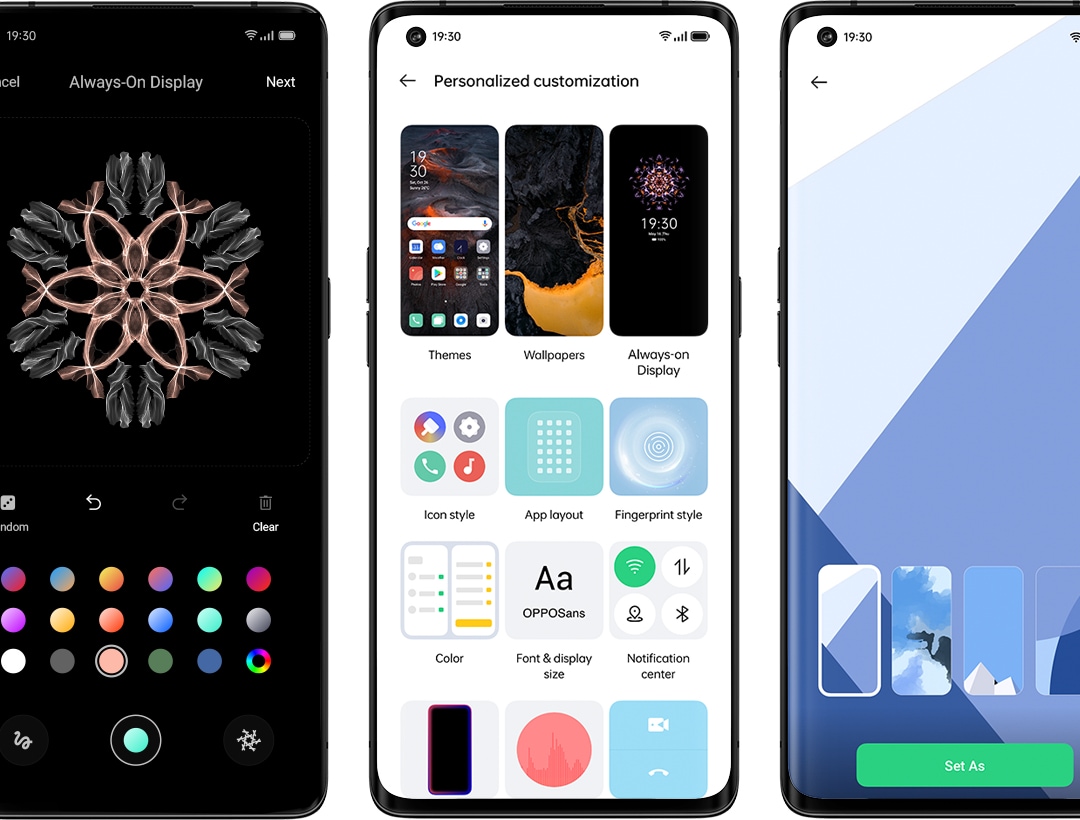 For those who appreciate dark mode, Android 11’s stock Dark Mode will be available in ColorOS 11 with even more customizable options, including three color schemes and different levels of contrast. A great dark mode experience is essential so that you don’t end up straining your eyes while staring at the screen at night. Users can also create their own tracks using Oppo Relax 2.0 which features an extensive collection of sounds from different cities across the world. 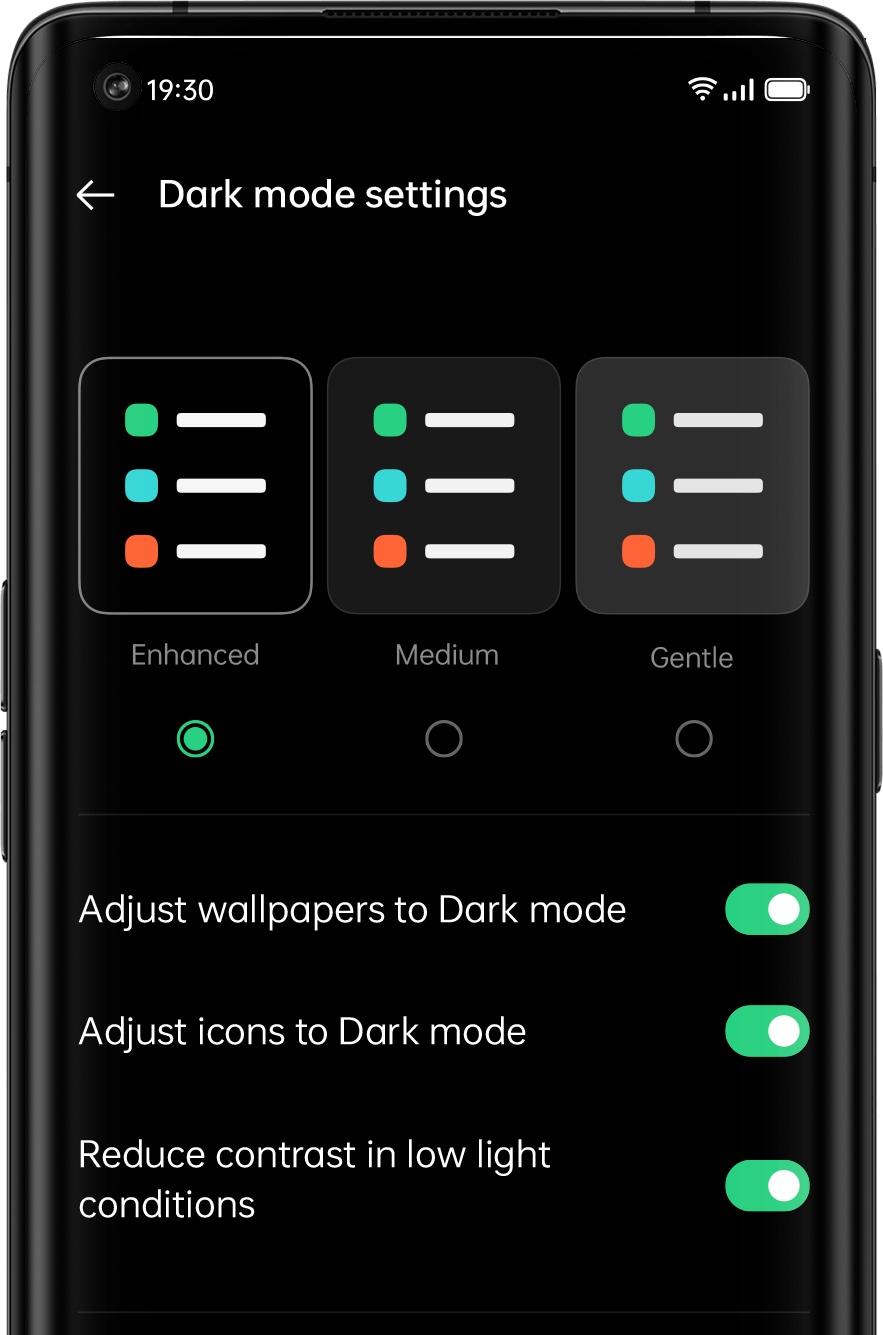 An update to make your phone more efficient

Besides powerful customization capabilities, ColorOS 11 will also bring a more efficient user experience like never before. The Android 11-based update features a new Three-Finger Translate feature that’s powered by Google Lens. The feature has been developed by Oppo and Google together and allows users to easily translate text using a simple three-finger gesture. Little innovations like these make a smartphone more usable, all around.

Another interesting feature that ColorOS 11 is bringing includes Flexdrop. The feature is ideal for users who love to multi-task while on the move. You can easily watch your favorite TV show and send a text on the side, both at the same time. You can also switch across different smart home devices, using the new Device Control menu.

ColorOS 11 will bring a bunch of useful made-for-India features that will further improve users’ smartphone experience. A new feature called Low Battery Message will send a text message with a user’s current location to select contacts when the phone’s battery drops to around 15 percent. This enables users to quickly share their location with their loved ones before their phone runs out of battery. The feature has been specially crafted for Indian users.

Another highly useful India-specific feature in ColorOS is called Battery Guard. The feature can learn about a user’s charging habits, and stop charging once the battery level rises up to 80 percent at night, and then slowly charges the rest of the battery to up to 100 percent by the time a user wakes up. You can now stop worrying about keeping your phone on charging overnight. 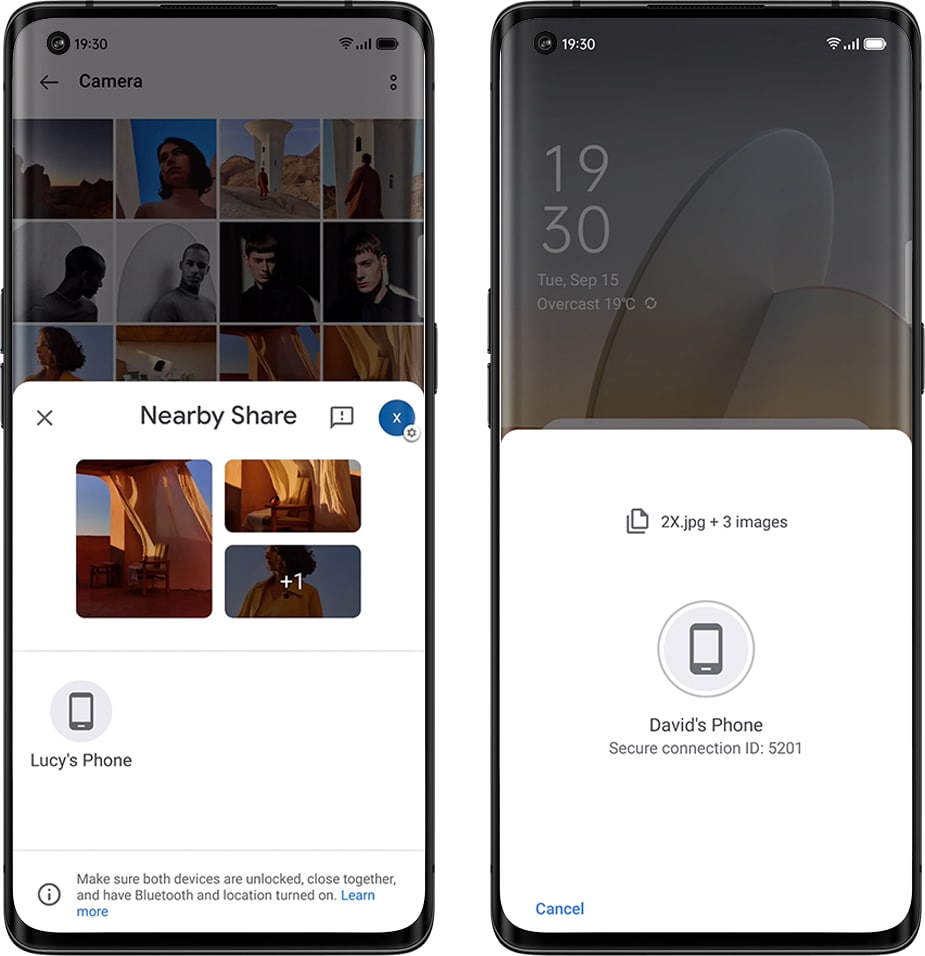 To enable a lag-free smartphone experience, ColorOS 11 will bring UI First 2.0 which combines the company’s lag-reducing engine with Quantum Animation, enabling a smooth user experience. Oppo says it can help boost RAM utilization by up to 45 percent. This means it’s faster to fire up apps, browse through the homes screen, and enjoy a smooth overall smartphone experience.

To make things better, AI App Preloading can learn from a user’s smartphone usage, and pre-load some of the most commonly opened apps. This means you’ll be able to run some of your favorite apps without a delay.

ColorOS 11 will make it much safer and private to use your Oppo smartphone for just about anything. ColorOS 11 will make use of the powerful security and privacy features available in Android 11 while adding a few additional layers of privacy protection and data security.

Private System in ColorOS 11 will allow users to create another version of apps and personal data and is only accessible using a biometric authentication method or a password.

ColorOS 11 is the biggest update Oppo has shipped until now. It will be the quickest, yet widest, the rollout in the company’s history. ColorOS 11 will start rolling out in batches, starting with the company’s Find X2 series and Reno3 series phones. The rollout will cover over 28 Oppo smartphones.